Code Name 101 is an American Criminal Organization, with no official name, founded in Los Santos by Mav Doretto, Bruce Greenwell, and Alexis Freeman.

101 is currently inactive as confirmed by Mav himself. Despite this status, all of the ties between the members remain and members still frequently work with each other.

Code Name 101 began as an illegal racing group founded by Alexis Freeman, Mav Doretto, and Bruce Greenwell. They regularly held illegal street races around the city at multiple mapped "race tracks". The races themselves were referred to as "101", while the gang that developed has never gone under that same name.

After a while, the races slowly began to fade away as members began to disappear. Mav started to get into the drug business and started selling meth to The Grove Street Collective and got Isabelle Knight, a drug addict, to start giving him information in exchange for baggies of meth.

In February 2018, they started getting back into illegal street races and transporting marijuana after their meth lab exploded and their main cook, James O'Reilley, went into a coma at Crusade Medical under police custody.

As of March 2018, 101 has begun to move more into the transportation and import/export business. They plan to buy a warehouse in Cypress Flats with a down payment of $600k to move storage trucks in and out of. They plan to make it a clubhouse and chop shop for high-value cars.

On May 13th, eight hours after James awoke from his coma, he escaped from the hospital and reunited himself with Bruce and Alexis.

On March 10th, 2018 101 learned from Baada Ka that there is an armored truck that is picking up large sums of cash from banks in Los Santos and Blaine County. 101 and SecuroServ assaulted the truck together at FLEECA bank in Harmony. Joseph Uldrich stole $150k out of the truck and escaped to Paleto. Afterward, Mav and crew met with SecuroServ near the Observatory and "split" the cash, secretly devaluing how much they actually stole and taking a larger share of the cash.

Mav began to receive texts from Johnny Dazzler, police captain and fiance of Khloe Leaves, about bringing balance to the city. Khloe then introduced them as potential partners in her upcoming organization named 1%. After a long period of testing the waters, Mav informed Khloe and Dazzler about a plot headed by Baada Ka to kidnap Khloe and force her to kill Johnny. They continue to trade information about happenings in the city, particularly about illegal activities. Mav also had provided them with illegal automatic weapons, such as Mini SMGs and AKMs. Mav also slowly brought members of 101 into their plan of working together, but most were hesitant and did not offer much help.

During May and June of 2018, 101 as an official organization slowly grew more inactive and lost the influence of key members such as James O'Reilley, Bruce Greenwell, and Maxine Devereux. Though they are still considered friends of the organization, Maxine and Bruce parted ways and now work for The Tribe and The Gambino Family respectively. Along with the imprisonment and death of James, 101 found itself lacking active members and leadership by Mav, who had become more occupied with running the chop shop and doing more solo crime. Without any direction, 101 became officially inactive despite its long history and numerous remaining members. 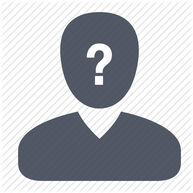 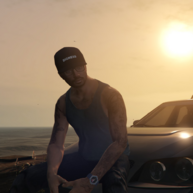 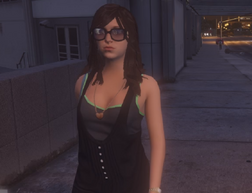