Alexis was born and raised in The Valley, where she committed petty crimes and robberies with her childhood friend Mav Doretto. Alexis had one possible brother, Jason Freeman, who was adopted. She relocated to Los Santos to pursue her passion for art and tattooing, leading her to purchase the Blazing Tattoo in Vinewood.

Shortly after arriving in the city she met and befriended Harry Brown and Frank Murdock, whom she considers her closest friends in the city. Since the murder of Frank’s daughter, Lily Murdock, and his move from the city, Alexis and Harry have maintained their close friendship for support. Around this time, she had several run-ins with Al Saab, and had since maintained a friendship that teeters between Saab requesting dates from her, and Alexis promising to steal Saab’s girlfriend Veronica Neptune, grandmother Fanny Pudding and brothers Tony Corleone and Lang Buddha. Soon she caught the interest from Lang Buddha because of their love for minivans.

After a small run in with Rajj Patel, the two went on a date where Rajj, with the help of his hired servant Abdul al-Rahim, brought Alexis to his apartment where they dined on chicken sandwiches and spoke about music and art. Their date turned quickly as they shouted at one another that ‘some people just want to get **’, which turned into Alexis choking and strangling Rajj and resulted in Rajj punching Alexis unconscious per her request. Trooper Eli Thompson was the responding officer to the incident, where he claimed that only “amateurs don’t use a safety word.”, and noted that their type of romance could be booked as reckless endangerment.

Several weeks later Rajj had realized his deep love for Abdul and planned to marry him, ultimately breaking off the relationship with Alexis.

Mav and Alexis had caught the eye of several high-speed adrenaline junkies which resulted in the creation of their illegal street racing organization ‘101’ with Bruce Greenwell.

During one of the scheduled races, Saab held Alexis hostage as a joke so that she would have an excuse to ditch the race and spend time with him. This resulted in Alexis holding Saab at gunpoint, and robbing him. After a slight altercation between the two using hatchets and machetes, the cops arrived in response to an injured person and broke up the race.

Alexis picked up on social media promotions made by Bob Coolidge advertising his taxi services. After an exchange of text messages, Alexis convinces Bob that she is actually Lang Buddha and arranges a meet up at the Vanilla Unicorn to catch up, where she plans to rob Bob with the help of Ben Kerry. The robbery is botched, with Ben sent to the hospital and Alexis held hostage by Bob. Gradually Bob and Alexis build a truce, which included a tattoo on Bob’s right butt cheek that reads “Buddha’s Bitch”, and Alexis possessing one of Bob’s toes, they built a friendship from their interest in crime and violence.

Since her arrival in the city, Alexis had her eyes on the tattoo shop on Vinewood Boulevard, the Blazing Tattoo. From the shop, Alexis provides clients with unique tattoos, cover-ups, touch-ups and graphic design services. The shop runs as an equally successful print shop that creates billboards, company signage, shirt designs and wall decals. Alexis is the sole operator of the shop but seeks to add more artists to her collective.

Due to the location, the shop has been the location of a high amount of drug trafficking, leading dealers to use her shop as coverage from the patrolling law enforcement.

In June 2018 she started a cocaine business with Harry Brown and is a distributor, although she often not seen being involved because of her tattoo parlor.

On July 16th 2018, Alexis married roommate and close friend Jeffrey Connors so he can have tax breaks on his house. Both mutually agreed that this marriage was moreover just friendship, and just for money. But over time that changed, they both grew a real relationship and their marriage became real, not just for tax breaks.

A couple of months into their marriage, the pair seemed strong and unbreakable. Their relationship was tested when Harry Brown returned to the city. On October 7th 2018, after weeks of jealousy and paranoia, Jeffrey shot Harry in the back of the head resulting in Alexis shooting Jeff in the face putting him in a coma. Jeffrey awoke on October 12th, permanently losing his left eye. Days after the incident, there were no contact between the two apart from missed text messages. Until on October 22nd, the couple met face to face for the first time since the shooting. And after a long talk, the couple ultimately decided to stay together putting the incident behind them. Instead of breaking them apart, the incident only made their relationship stronger. The couple bought a new and bigger house together, and began doing business together.

Sadly however, sometime in mid-2019, after enduring many hardships together, the couple drifted apart. In July 2019, the two are in the process of a divorce. 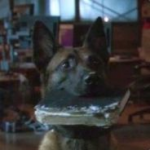 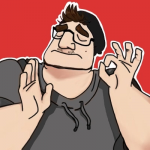