William 'Bill' Ding is a former South Vietnamese soldier who served during the war of Vietnam. He is a professional taxi driver and also owns a Los Santos cleaning service, Bill Ding Cleaning, so if you need a building cleaned you call Bill Ding.

Bill Ding came to Los Santos on a quest to find his lost nephew and reunite him with his sister Juchuan.

After finding Lang Buddha, who Bill though could be his lost relative, Tony Corleone and Lang tricked Bill into going to the Humane Labs by pretending they were getting a DNA test. They ended up drugging, robbing, and butchering him with an ax.

Bill Ding survived this endeavor and woke up in a ditch covered in hatchet wounds. He later suspected that Ichiro Suyaki was his real nephew, though he never got a DNA test.

On a later occasion, Bill was again attacked with a hatchet, this time by notorious serial killer Richard Oakes. After he had been missing for some time the taxi company he worked for contacted his sister with threatening messages as the taxi Bill drove had not been returned. This resulted in his nephew Daniel Ding flying to Los Santos in search of his missing Uncle. Bill Ding miraculously survived this attack and currently can be found frantically driving taxis around the city of Los Santos.

Nowadays, Bill Ding is starting a taxi company partner with Chang Wei where as he gave a tour while Mr. Wei drives.

"My name is WILLIAM DING.... but YOU can call me BILL" 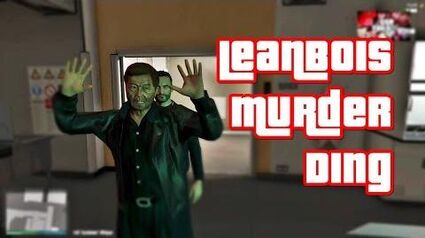