Hannah Savage is a criminal who currently lives in Los Santos.

Hannah was adopted into a cop family when she was small. She is very caring, loving, sweet, but also hesitant to let people get close to her, but when it comes to people she considers family she would do anything to help or protect them.

There is another side to Hannah that only people she considers close know about. She knows how to use her public image to her advantage and get certain things or favors without people realizing. Hannah also understands the power of manipulation.

The most important thing to Hannah is family, and to belong to that family she still strives for - to feel that she belongs to something or someone is what keeps her moving forward.

Hannah loves to drive and anything to do with driving. She doesn't need money to have fun, she can survive off almost no money. Although Hannah likes fast cars, she can often be seen riding a BMX.

While Hannah may not appear to be the smartest, looks can be deceiving.

After answering a random advert, she became part of a group that distributed illicit substances. Hannah started off driving her employers around, and eventually worked her way up to be involved in meetings and stocking up. Hannah slowly started to consider this group family, until one day the relationship fell apart and they tried to execute her.

This betrayal led her to her changing her views on who she could trust, leading her to become much more guarded and hesitant around new people. Hannah may seem all smiles to the people around her, but it is only the people who truly know her that realize that her smile is only a mask for her true feelings 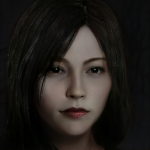