As a child Harold was extremely sheltered and protected by his mother Gloria Monroe. Because of this, Harold is extremely meek, naive and shy. To compromise for these flaws Harold often carries himself as a gangster in an attempt to impress others.

After going through a difficult and emotional time, Harold Elizabeth Wilson attempted suicide twice. The first attempt happened on a cliff overlooking the ocean. He was accompanied by his close friend, Jack Deakins, who tried to persuade Harold not to go through with his plans but failed. Harold continued his plans and tumbled down the cliff, surviving the fall. The second attempt happened outside the Sandy Shores Airfield in which Harold threw himself off a water tower, this time sustaining serious injuries that left him in a coma for some time.

On the 14th of August, 2017, Harold awoke from his coma and is currently recovering from the head trauma he sustained after his suicide attempt.

- Unknowingly, the cliff Harold jumped off from was only several feet from the ground below and sustained no injuries at all

- Harold claims he is now "half bionic" after leaving the Hospital, due to the injuries he sustained from falling off the water tower 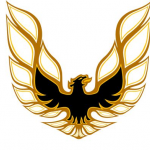 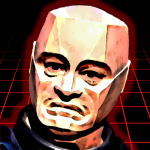