Jimmy Hillside is a member of The Grove Street Collective.

Jimmy is a member of The Grove Street Collective, he's actually an OG of the gang, but disappeared for reasons unknown. Upon his return to Los Santos, his first goal was to make contact with Jack Jackson knowing that he ran a good portion of the city, to ask his blessing to return or to accept not being welcome back.

Hillside was met with surprise as Jack arrived to a meeting location giving him $10,000 and helping him get back on his feet with various jobs and tasks to benefit the Southside. Quickly, he was brought closer through drugs and operating the chop shop. At the same time, he was reunited with his long time friend Vikter Kross (Former LST associate/money maker), living in Grove and associating with both Jack Jackson and The East Side Dragons due to similar sleep schedules. Both Vikter and Jimmy became good intermediaries in solidifying the group mergers to reunite the South and the East.

Time and time again Jimmy has proved important in the function of the streets and passing of information up the chain of command as a member of Grove. 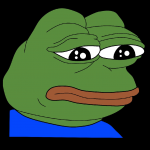 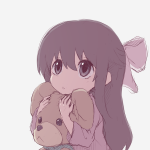