John Thomas, better known as Officer Thomas, was an Officer and emergency services dispatcher who worked for the LSPD. He was the brother of the Deputy Chief of EMS David Thomas.

Officer Thomas, known throughout the force for his expert communication skills, is often on patrol and working dispatch all at the same time. Like most of the Los Santos Police Department, Thomas is extremely knowledgeable of the 'law of the land' and takes to the streets to keep the beautiful city clean like most of his associates.

On 11/11/17, Officer Thomas responded to a 10-32 shots fired call near the Vagos gang territory and a gunfight started where Thomas was surrounded by gang members. Thomas was downed, he called 10-13, and medics and officers responded. He was unresponsive with no pulse when medics and officers arrived on scene. He was shocked and then had a faint pulse. He was transported to the hospital and immediately rushed into surgery. 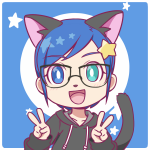 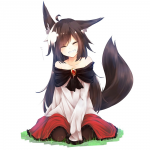