King of the Road (unofficial promotion by Chrissy)

John Murdock, sputtering out his apologies to the Great Wizard in the Sky as a blizzard suddenly hits Los Santos.It's the anti -Lord, I apologize!

Jonathan 'John' Murdock, better known as Deputy Murdock, is a former LSPD officer and Deputy Sheriff for the BCSO and former Senior Trooper for the SASP.

John Murdock is new to Los Santos, but he knows a thing or two about working the streets and capturing criminals.

Jason Doyle and Murdock clicked right away like two peas in a pod. Even Eli Thompson has seemed to grow on him, so much that the Officer accidentally compared the State Trooper to his 'brother from another mother'.

Just like most in the SASP, even if lacking experience, he's a force to be reckoned with. 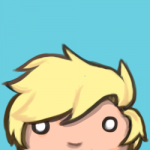