"Listen, if you're with me and we're gonna go all the way, Lean with me."
―Founding Member Avonn Barksdale

The Leanbois are a Los Santos street gang. At one point in time, they were considered to be the most infamous and the most dangerous gang in the entire state.

The Leanbois plan on re-claiming their infamous stature one day, but for now, the gang's current status is considered to be Inactive.

The Leanbois was formed in the summer of 2017 by founding members Avonn Barksdale, Lang Buddha, Tony Corleone, Bob Coolidge and Al Saab.

What originally started out as an alliance among felons to commit small crimes soon escalated to a gang committed to performing high-risk bank robberies.

After the departures of Avonn Barksdale and Bob Coolidge, both for reasons unknown. The Leanbois only consisting of Buddha, Corleone, and Saab. Under the new leadership of Buddha, they started to recruit the likes of Reginald Bigglesby, Peter Ross, and associate Fanny Pudding. This meant a new era of crime for the Leanbois.

Together the Leanbois came up with Leanbois Insurances (LBI). Their first hire was Veronica Neptune in the position of “sexetary”. The insurance company would provide the clients with repair kits and free taxi rides. LBI got known for their commercial tune created by Lang Buddha and voiced over by Tony Corleone.

After the fall of LBI, the Leanbois were looking for different means of earning money and some of them try to get out of their increasing debt. Corleone, Buddha and the rest of Leanbois soon decided to organize a bank heist that involved all members. The bank heist was unsuccessful with the loss of a member during the heist.

The failed heist caused a citywide investigation, led by Trooper Eli Thompson. The events causing the near death of Trooper Doyle, and the prosecution of the downed member Lang Buddha. After the heist, the Leanbois tried to distance themselves from activities involving crime. Peter Ross was incarcerated and Reginald Bigglesby went into hiding.

Not long after one of the founding members, Bob Coolidge returned to the city.

Most of the Leanbois have gone inactive for reasons unknown, apart from Bob Coolidge. The return of Tony Corleone and Al Saab prompted many to believe the Leanbois were returning in full status; However, they have not resumed the previous extent of their activities.

Despite the return of some key members, the current gang status is inactive. 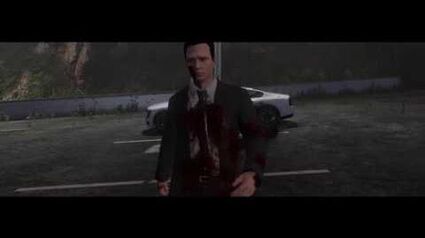