Magnus Frank is a former morning reporter for Weazel News from somewhere in the Southern United States. He is previously an unpatched prospect for Death Dealers MC.

He left his job behind when Weazel News began to cost him more money than he was making due to equipment issues. Due to his intense paranoia and mistrust, he decided to move out of the city and found himself living in the north. In his time there, he met with other bikers and shared their troubles as Grove began their war against bikers. He has staked his territory by becoming a prospect, after two attempts on his life, with the Death Dealers MC. He has since determined a parallel path and focus, but has dropped his prospect status with the Death Dealers. His aim was to continue to provide resources to the North as any action within the city usually was met with the same force.

To the public eye, Magnus has taken a job with a mechanic shop in town and begun a quiet life once more in the city. Taking a passive role, he has never been seen wearing a biker cut nor has ever been seen with a patch.

While prospecting, he has never been seen with other Death Dealers unmasked while riding with them. He used a mask and voice changer he put together during his time as a drug trafficker. Within the club he went only by Warlock, a name given to him by Hooch. The reason behind this was for his own amusement, seeing what would become of it. Nowadays, he has fully dropped the Warlock name after departing from the MCs and considers it open knowledge.

While working legitimately, such as with his fishing operation or at BBC, he does not conceal his identity--displaying an extremely warm and welcoming personality and is know for his story telling.

Many have tried to figure out where Magnus and his loyalties lie, but so far only assumptions can be made. He openly states he wants nothing to do with his former life or time, focusing on the life of a civilian.

After his fiance begun speaking with the police, Magnus became reclusive. After being informed by long-time friend, Tobius, that an attempt on his life was incoming from his own people, Magnus moved to a house he had never informed anyone he owned. He resided at this location until an arrangement was made to leave the city via his fiance's actions.

A secret operation was put together, involving only 2 members of the SASP and only 1 member of High Command being aware, in which Magnus was airlifted via SASP chopper out of Los Santos. The operation was carried out with his identity fully masked, from a location pre-planned to be obscure. No one outside of Ghoul, Magnus, Rogers, and McBride were aware of the terms of his departure from the city. In return, he gave nothing in the end about his own operations to the SASP, nor the Vespucci Kings. He did not follow the route of a CI. He simply took the leave, and now resides in Las Venturas working as security for The Visage. 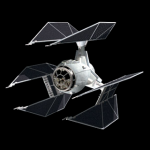