Tori Corleone, born as "Bologna" is a criminal, associated to Grove, mainly due to her being married to Tony Corleone. She is mostly seen with him, doing robberies or working the chop shop and was a significant part in the Co-op war against the Gambinos.

She knew Tony Corleone since High School, yet Tori was not noticed in Los Santos until mid of 2018. Being fearlessly in love with Tony, following him in every move he makes, she also tries to be a voice of reason to him.

She very often works at the chop shop that Grove controls and helped making a list that provides info about the profitability of different cars at the shop.

The night after Tony joined Grove, he told her about his plans with AJ. She was shocked at first, but when Tony was offering her to leave town now for her safety due to Tony being in a Blood in-Blood out gang as well as the upcoming war would make her a target, she immediately declined such anyway. Tony slowly went with it, but told her that she probably should show her being tough enough and off someone herself.

When the war with the Gambinos kicked off, she showed her worth with keeping eyes on the streets and finding tons of information. She was present during the kidnappings of the downed bodies of Darren and Arturo and the kidnapping of Darren’s wife Maddie, who, because a plan of the co-op to force her to lead the co-op Darren’s house failed due to shots-fired in that area, she stabbed when Archie and Tony made the call to drop the described plan. 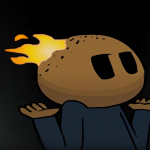 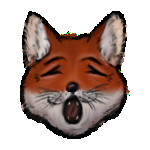